This series on the History of Rotary is a reproduced from a series of posts on Rotary Club of Bandar Sungai Petani's Facebook page from 9th to 23rd February 2014, which is the anniversary of Rotary. 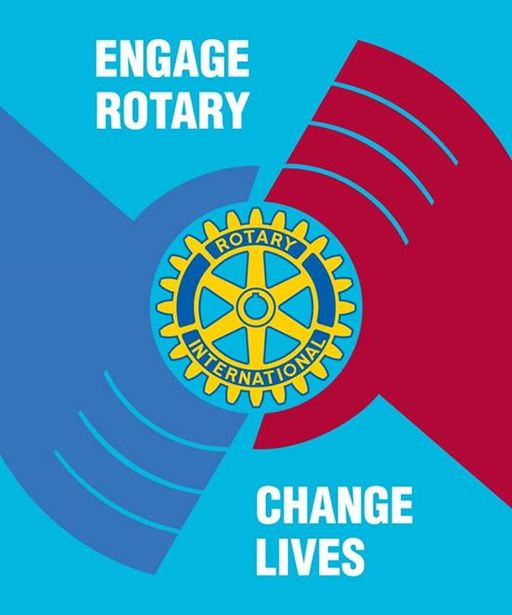 Burton said the July launch of The Rotary Foundation’s new grant model, Future Vision, makes it an exciting time to be a Rotarian. He said the new grant model, which has been used by about 100 pilot districts since 2010, represents a new era for the Foundation, and will help Rotarians get excited about Rotary’s ability to change lives.

“It takes everything that is wonderful about Rotary and raises it to a new level — by encouraging bigger, more sustainable projects while providing increased flexibility for local projects, both of which address the needs of the community being served,” he said.

Burton asked the incoming district governors to take the lead in helping their clubs through the transition, with the assistance of their district Rotary Foundation chairs, who also attended the assembly this year. The training sessions are focusing heavily on equipping these leaders to go back to their districts as experts on the new grant model.

Before the assembly, Burton asked each of the incoming governors to make a donation in their name to The Rotary Foundation in order to demonstrate leadership by example. At the assembly, he announced that all 537 governors-elect had complied; along with donations from all RI Board members and Foundation Trustees, the contributions totalled US$675,412.

“Now, I have to believe that some of this is money that The Rotary Foundation probably would not have received had I not asked. And I think that this is an important lesson” he said. “If you want somebody else to do something, you can just sit around and wait for them to get the idea, or you can ask.”

Burton applied that lesson also to membership development, which he insisted is the responsibility of every Rotarian. He told the audience that although he had been an active member of the Key Club, a youth program of Kiwanis International, he went on to join Rotary simply because the Rotary Club of Norman, Oklahoma, invited him to.

But Burton emphasized that the job doesn’t end when a new member joins: “It’s not done until that new member is engaged in Rotary, inspired by Rotary, and uses the power of Rotary service to change lives.” 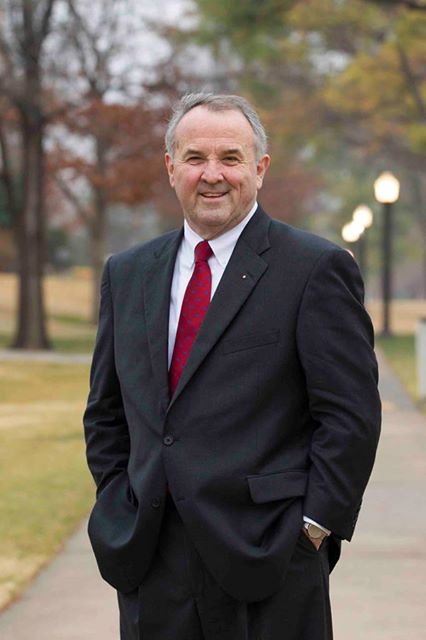 Ron D. Burton retired as president of the University of Oklahoma Foundation Inc. in 2007. He is a member of the U.S. Supreme Court Bar, the Oklahoma Bar Association, and the Cleveland County Bar Association. He is also a member of the American Bar Association, the ABA Section of Taxation Exempt Organizations Committee, and the ABA Section of Real Property, Probate, and Trust Committee on Charitable Organizations. He was vice president of the Last Frontier Council of the Boy Scouts of America and received the Silver Beaver Award. He also received the Norman United Way and Junior League Volunteer of the Year Civic Award.

Burton has received the RI Service Above Self Award and the Foundation’s Citation for Meritorious Service, Distinguished Service Award, and International Service Award for a Polio-Free World. He and his wife, Jetta, are Paul Harris Fellows, Benefactors, Major Donors, and members of the Paul Harris, Bequest, and Arch C. Klumph Societies

20 Reasons to Join A Rotary Club 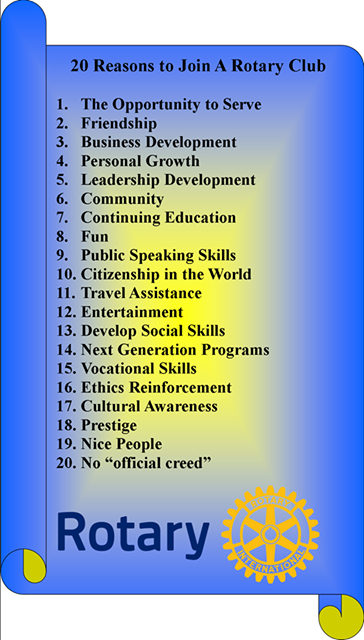 The Opportunity to Serve
Rotary is a service club. This is perhaps the best reason for becoming a Rotarian - the chance to do something for somebody else.

Friendship
A basic human need - One of the two reasons Paul Harris began Rotary in 1905.

Business Development
The second original reason for Rotary's beginning. Everyone needs to network.

Leadership Development
Serving in Rotary positions is like a college education in Leadership.

Community
Membership and involvement in a Rotary club makes one a better community citizen.

Continuing Education
Each week at Rotary there is a program designed to inform and enlighten.

Fun
Rotary is fun. The club projects are fun. Social activities are fun. And the service is fun.

Public Speaking Skills
Rotary develops confidence and skill in public communication, and the opportunity to use it.

Citizenship in the World
There are few places on the globe which do not have a Rotary club - instant friends in both the local community and in the world community.

Entertainment
Every Rotary club and district has parties and activities that provide social fun and camaraderie.

Vocational Skills
Rotary fosters growth and development in each person's profession or vocation and encourages sharing this development with others.

Ethics Reinforcement
Rotarians practice a 4-way Test which governs ethical standards. Rotarians are expected to be ethical in business and personal relationships.

Cultural Awareness
Rotary is a cross section of the world's most prominent citizens from every background. Rotarians learn to love and work with people everywhere.

Prestige
Rotary is the oldest and most prestigious service club in the world.

Nice People
Rotarians are important people who adhere to the policy that while it is nice to be important, it is more important to be nice.

No “official creed”
Rotary is an open society of men and women who simply believe in helping others. 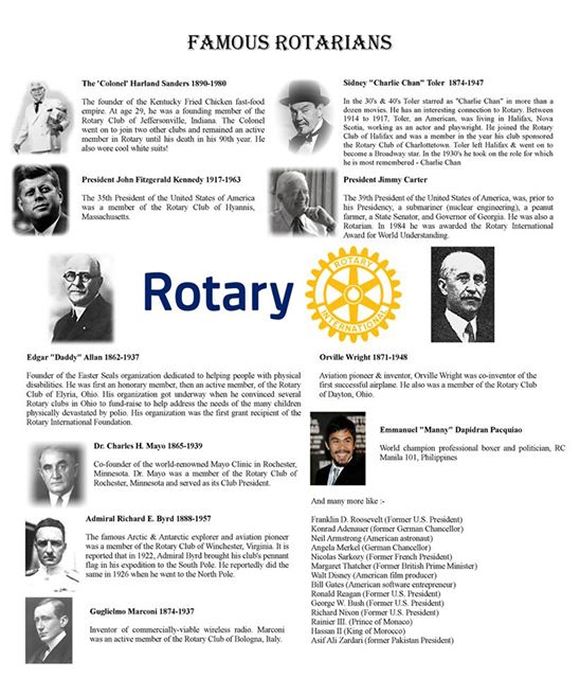 The founder of the Kentucky Fried Chicken fast-food empire. At age 29, he was a founding member of the Rotary Club of Jeffersonville, Indiana. The Colonel went on to join two other clubs and remained an active member in Rotary until his death in his 90th year. He also wore cool white suits!

The 35th President of the United States of America was a member of the Rotary Club of Hyannis, Massachusetts.

Founder of the Easter Seals organization dedicated to helping people with physical disabilities. He was first an honorary member, then an active member, of the Rotary Club of Elyria, Ohio. His organization got underway when he convinced several Rotary clubs in Ohio to fund-raise to help address the needs of the many children physically devastated by polio. His organization was the first grant recipient of the Rotary International Foundation.

The famous Arctic & Antarctic explorer and aviation pioneer was a member of the Rotary Club of Winchester, Virginia. It is reported that in 1922, Admiral Byrd brought his club's pennant flag in his expedition to the South Pole. He reportedly did the same in 1926 when he went to the North Pole.

Inventor of commercially-viable wireless radio. Marconi was an active member of the Rotary Club of Bologna, Italy.

In the 30's & 40's Toler starred as "Charlie Chan" in more than a dozen movies. He has an interesting connection to Rotary. Between 1914 to 1917, Toler, an American, was living in Halifax, Nova Scotia, working as an actor and playwright. He joined the Rotary Club of Halifax and was a member in the year his club sponsored the Rotary Club of Charlottetown. Toler left Halifax & went on to become a Broadway star. In the 1930's he took on the role for which he is most remembered - Charlie Chan .

The 39th President of the United States of America, was, prior to his Presidency, a submariner (nuclear engineering), a peanut farmer, a State Senator, and Governor of Georgia. He was also a Rotarian. In 1984 he was awarded the Rotary International Award for World Understanding.

Aviation pioneer & inventor, Orville Wright was co-inventor of the first successful airplane. He also was a member of the Rotary Club of Dayton, Ohio.